“Our brain is a instrument to become Supernatural. We will learn to play it” 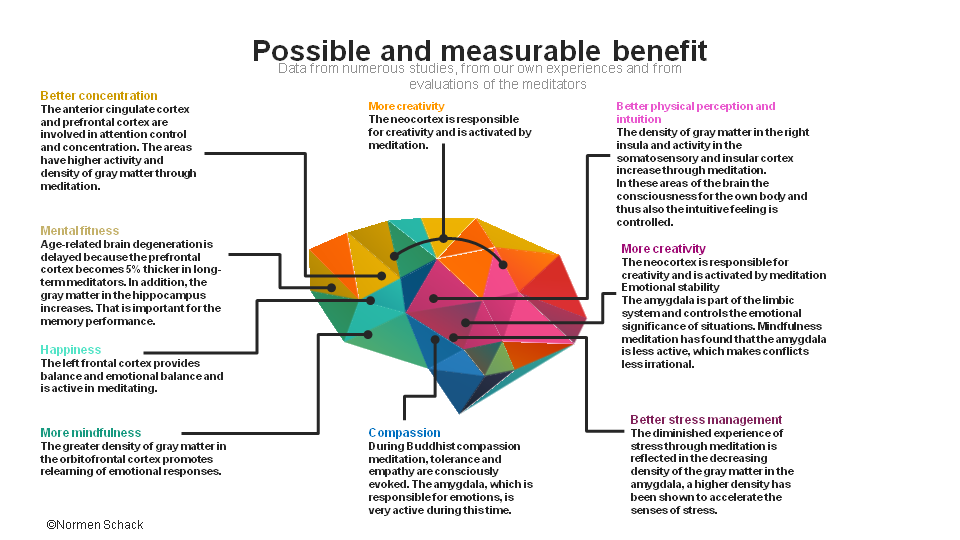 Brain research is all about explaining the neural mechanisms that meditation has on attentional performance and the ability to cope with stress. In a series of longterm studies, Hölzel and her colleagues were able to show that after eight weeks of training with a 45-minute daily exercise period, there is significant densification of the gray matter in the hippocampus – a structure which in contrast is damaged by a high cortisol level in blood during long-term stress. The decrease in subjective stress pollution was also associated with a decrease in gray matter density in the amygdala, which plays an important role in triggering anxiety responses. Finally, in a study of anxiety patients, the research group was able to show how the meditation training changed the connectivity between prefrontal cortex and amygdala, which in turn is directly related to the severity of the symptoms.

This ability to alter the nervous system through training to effect behavioral changes is fundamental for understanding the effects of meditation. In the therapeutic context, it is also about learning to observe body sensations, emotions and thoughts in order to recognize rigid reaction patterns. And to overcome them by greater freedom for alternative ways of seeing and reacting. The associated mental presence and flexibility could even be reflected in slowing brain aging. Several research groups point to this possibility. In addition, an attentive lifestyle is proposed as an important element in the prevention of Alzheimer’s dementia. All in all, it seems to be quite useful, the old hint of “Do not just sit down, do something!”, turn around in “Don´t do too much, sit around”. 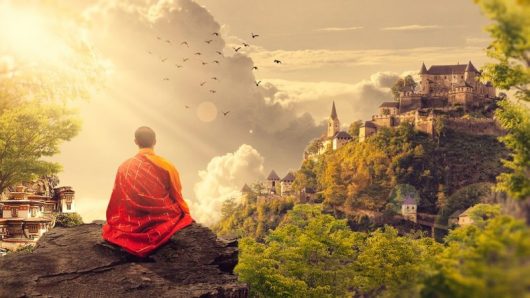 “Neuromeditation describes the process of building an awareness of physical and mental states through targeted immediate feedback from mental processes, using neurofeedback. This learning process can be seen as training, which later enables the individual to use this learned ability independently, without additional aids, in the meditations. The goal is the individual development and strengthening of the spirit. “

From our own research and various studies, we have been able to find out which brain patterns are helpful in promoting meditation and  a better sense of well-being

What can help you to increase those brainwaves that help you for your meditation skills?

We can measure your brainwaves in real time and gently encourage you to move in the direction you want by audibly reflecting and making these patterns and brainwaves audible. Now, if the mind is “off track” or “on the right track”, they get immediate feedback on your brain activity. By analyzing your brainwave patterns before and during meditation, we can observe your efforts and your process. Neuromeditation can also be used in clinical disorders such as ADHD, depression, anxiety and many other symptoms

Then get in touch with us! We are looking forward to cooperating with you!